The puppet is finally completed! 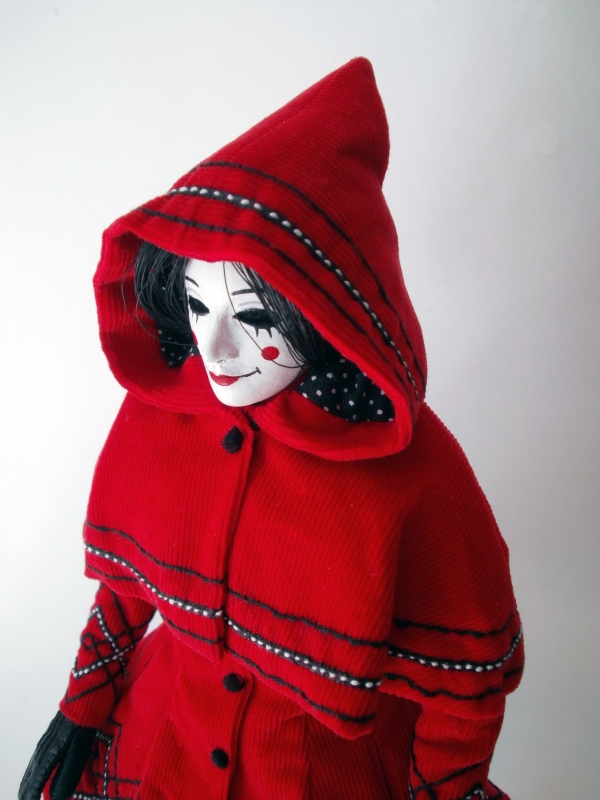 The final piece of her costume is the short cape. I was unable to find the original pattern I used for the life sized version so I had to make a pattern directly from the original. 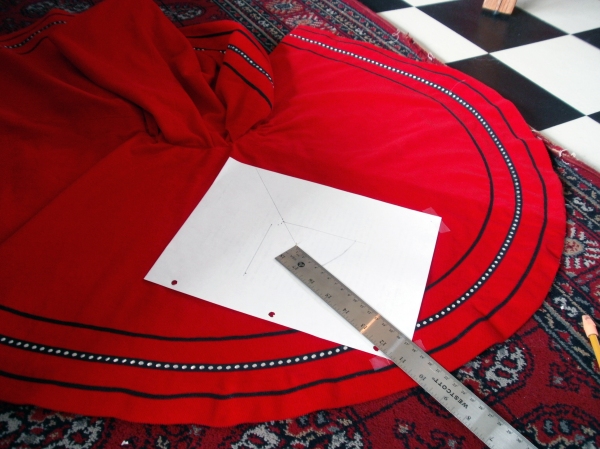 First, I spread the cape out on the floor, taped a piece of paper on it and marked a center point. Next, I took measurements from the center point to the edges and converted them to 18.75 %. I then marked the corresponding point along the same line on the paper, eventually ending up with the reduced pattern. This time around I used the metric side of the ruler. It is much simpler to convert using millimeters. 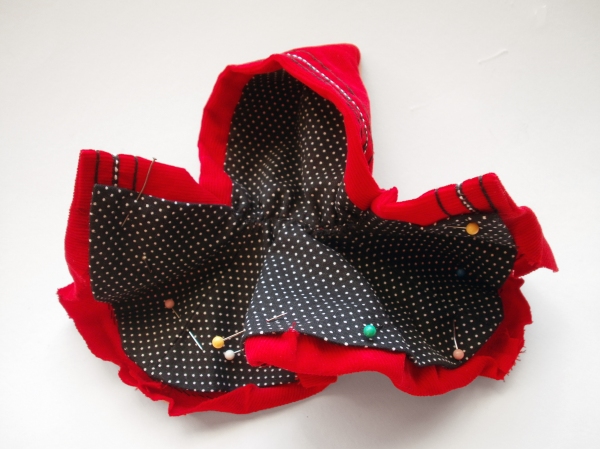 After sewing the trim on in the same way as I had done for the coat, I assembled the lining and pinned it before hand stitching it onto the cape. 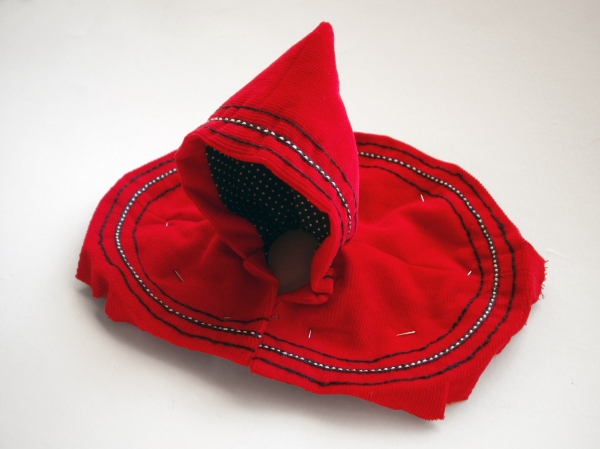 Ready to be stitched. 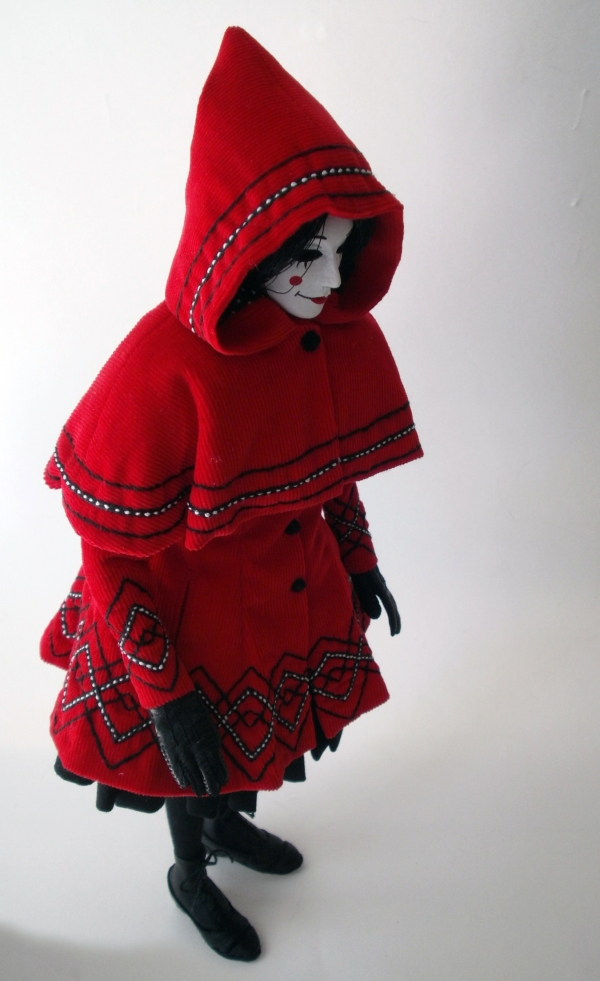 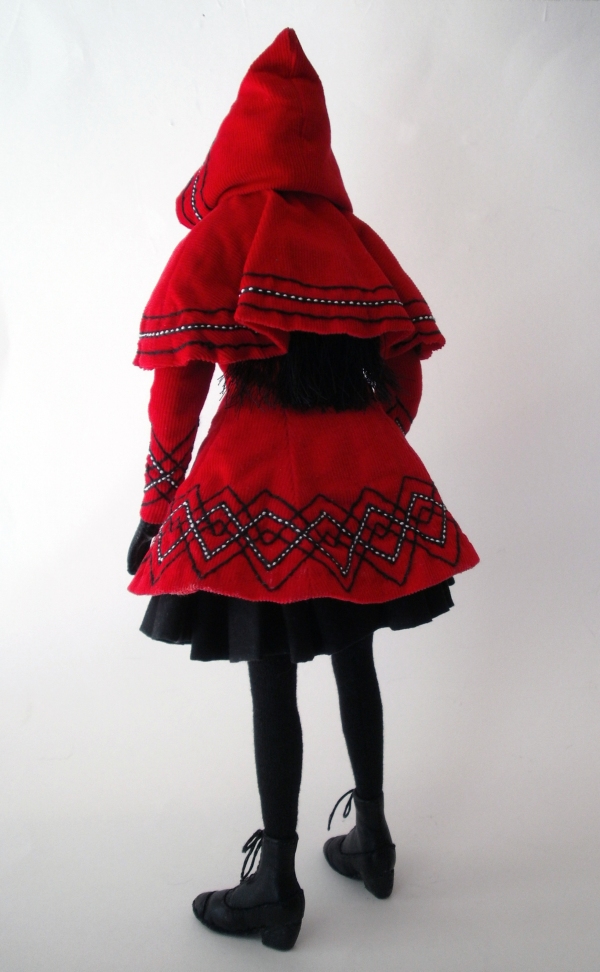 Here is the photo of the full sized costume for you to compare with the miniature. The puppet is twelve inches high and the live doll woman is 64 inches high. 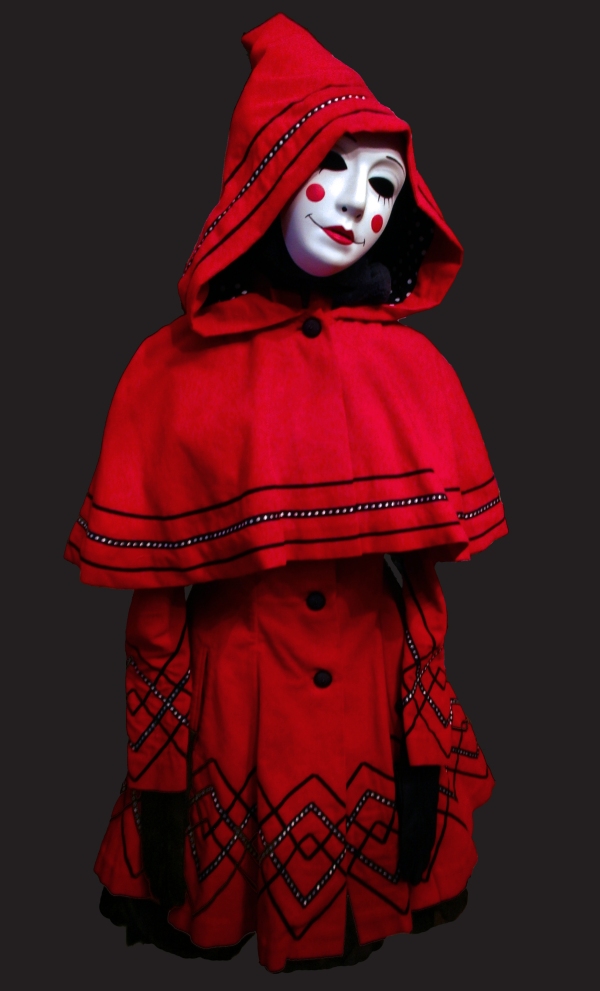 The Masked Woman’s Costume is on my dress form, which is why the arms look empty.

Support Seed in the Sand